Can’t wait for the official Windows 10 version 1803 update to hit your PC? The following blog post has possible ways on how to get Windows 10 April Update. 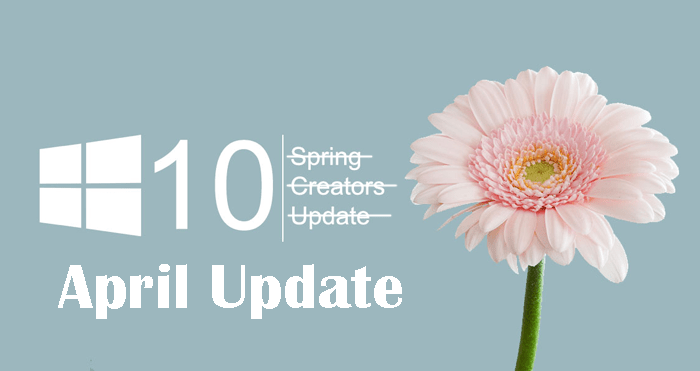 Windows 10 April 2018 update is due on April 30 (three days after), so it is expected that it will take extra days to hit users Windows update section. There are lots of users eagerly waiting for this update and want to download and install the update right now.

But the question is how you’re going to get it? To answer this question I decided to write this post in which you’re going to read about possible ways to get April Update for Windows 10 version 1803 build 17134.5. So without further delay why don’t you start reading about the first method.

1. Launch the ‘Settings‘ app. For that, take help of ‘WIN + I‘ keyboard combination.

Once the update is available, just download and install the Windows 10 April update. Once done, reboot your system. The system will take few minutes to complete the installation.

To help users, the company introduced Windows 10 Update Assistant tool using which you can upgrade to latest version of Windows 10 just by making few clicks.

You can follow the instructions guided by the tool to upgrade from fall creators update to April 2018 Update and later complete the installation process.

Another tool which users can use to download and install the April update is a Media Creation tool. Like Update assistant, this tool is really useful.

You can check out this blog post for steps in detail: Use Media Creation Tool to Upgrade to Windows 10 latest Version

In case, you want to perform a clean installation of Windows 10 April 2018 update, then here is what you need to do:

Just follow the instruction suggested by the tool. With this tool, you can perform these things:

It is up to you what you want to do.

Note – In case, Windows 10 April update is still not available to you, then you can forcefully grab the latest Windows 10 update using following methods:

The users can easily download and install Windows 10 April Update by opting into Windows Insider program. Here goes the step for the same:

The first step is to join Windows 10 Insider Preview Program. 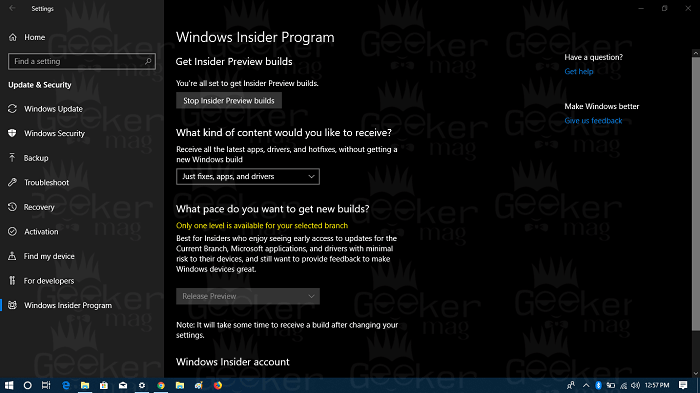 After making these changes into the Settings apps, you will become part of Windows 10 Release Preview ring and the company will push the final build before releasing it officially.

Since the April Update for Windows 10 version 1803 build 17134.5 is already available on this channel. You just need to go to Settings -> Update & Security -> Windows Update -> Check for Updates.

Once the Windows 10 April Update downloading completes, click on the Install Now button to complete the installation process. The same process can take 30-40 minutes depending on your system performance.

In case, don’t want to be the part of Windows Insider Program to grab the Windows 10 SCU and looking for an alternate way? No problem, as there is a way to do so.

This method is tricker, and you need to go through some technical steps to grab the official Spring Creators Update from Microsoft servers. But the good is the thing is that your patience will reward you fully working iso images for Windows 10 Spring Creators Update. Here are the instructions in detail:

1. First of all, you need to get the official ESD files for Windows 10 April 2018 Update from Microsoft site.

Both the link discussed above are for English/US language. You can use this link to grab the .esd file for other languages.

2. Download ESD Decrypter using this link. Extract the Zip file using any achieving tool. You will get the folder with the same name.

3. Launch the folder and copy-paste the .esd file into the same ESD Decrypter folder.

4. Run Decrypt command with Administrator rights. For that make a right click on the Decrypt and from the context menu select Run as administrator.

5. Now you will see the following screen. Here you need to press 1 to select and run the “Continue using all editions.” 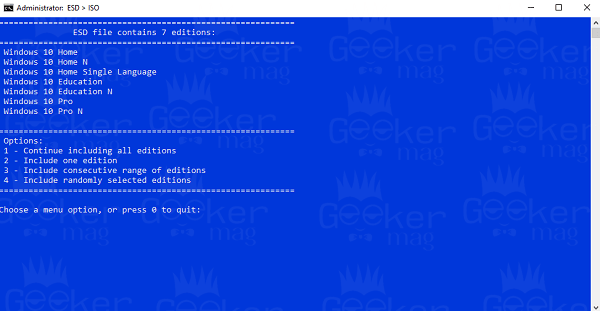 In case, you want to grab the ISO image for Single edition like Windows 10 Home or Windows 10 Pro then you need to press 2. This will bring the following screen: 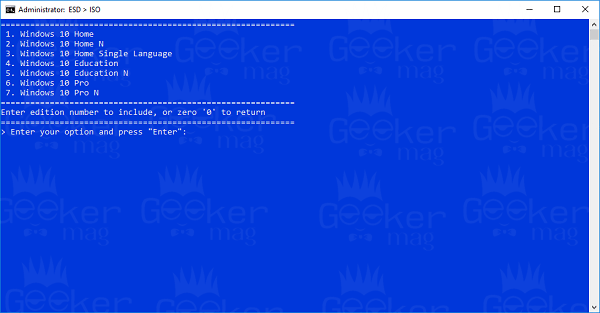 Here you will see the command list for a different edition of Windows 10. Type the number of the edition for which you want ISO image.

6. In the Next screen, you need to select the option for “Create Full ISO with Standard install.wim.”

The process of converting a .esd to .iso may take few minutes depending on the system performance.

Once you have the Windows 10 April Update ISO image, you can create bootable installation media and install the update. Note: Like always after releasing the latest version of Windows lots of bug appear and the company tries to fix them as soon as possible via release minor updates. In this situation, it is a good idea to pause update for the week and install all the bug fixes update at once.

You can pause update by going to Settings  -> Update & Security -> Windows Updates -> Advanced options -> Use the toggle button to turn pause updates.

In case, you want a fresh start then using the same installation media, you can perform a clean installation of Windows 10 version 1803 build 17134.5.

The following are two ways on how to get Windows 10 April Update (v1803/RS4) right now.

Once you are done with the installation, try the latest features available in the Windows 10 April 2018 Update. Also, don’t forget to share your thoughts about the new features in the comment section.