Microphone is not working after updating your machine to Windows 10 April 2018 Update, then follow the workaround suggested in this blog post. 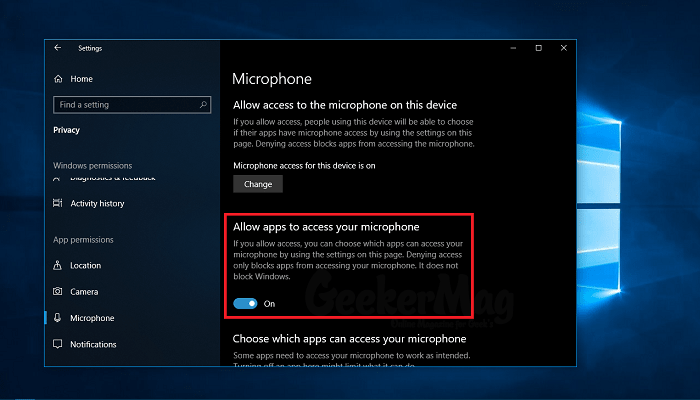 Windows 10 April Update comes with lots of new features. It has new Timeline, Focus Assist and new features in Edge browser, new privacy features, and other majors changes. Offcourse new bugs and issues arrive on users machine with the update.

Lots of users are complaining over the internet that after upgrading their machine to Windows 10 April update, the microphone is not picking up the sound. This is a bizarre issue.

It is not a bug or an issue, the users facing this issue because of the new privacy feature introduced by the company in the recent update. Under this, third-party programs and app will not be able to access microphone without user permission. Offcourse, this restrictions will not apply to the application which users have downloaded from Windows Store.

With default settings, this privacy feature is turned off due to which Microphone is not working. To get rid of this issue, you need to unblock microphone restriction. Here is how you can do that:

1. Launch Settings app. Press the Win + I  keyboard keys at the same time.

3. On the left pane head over to Permission section and select Microphone.

4. On the right pane, move the slider to turn ON “Allow apps to access your microphone.” 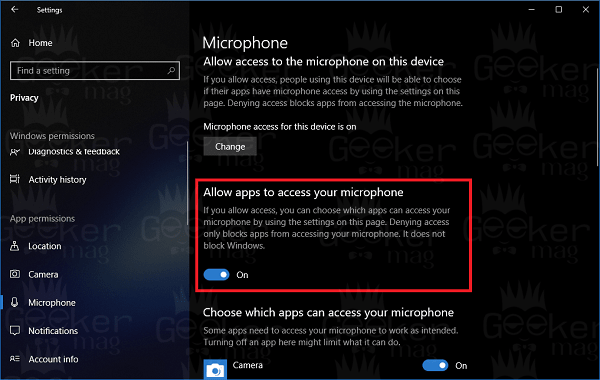 In case, the option is already ON, toggle OFF, then back ON.

This will fix the microphone not working in Windows 10 April 2018 Update issue. This suggestion works fine for 80 percent users facing the problem.

Tip – In case, Camera is not working in Windows 10 after updating to April update, then you need to switch to Camera tab available under Privacy Settings and select “Allow apps to access your Camera“

In case, it is still not working, following other suggestions: