How to Download and Install iOS 12 on iPhone and iPad

Learn how to download and install iOS 12 on iPhone and iPad accompanied by what’s new the update brings.

In the Worldwide Developer Conference, the Apple first unveiled the newest version of its mobile os – iOS 12. Finally, the company has rolled the update for all the supported devices globally.

iOS 12 has lots of useful features, but some of the main highlights are Screen Time, Memoji, Siri Shortcuts, refined notifications, and others. The primary goal of releasing the iOS 12 is to offer users improved responsiveness and performance on Apple’s devices both new and old ones.

The following iOS devices will be getting iOS 12 updates:

How to Install iOS 12 on iPhone and iPad

In case, you own listed above in the list of devices getting the iOS 12 updates, then here’s how to get it:

On your iOS devices either iPhone or iPad. You need to launch Settings -> General -> Software Update. 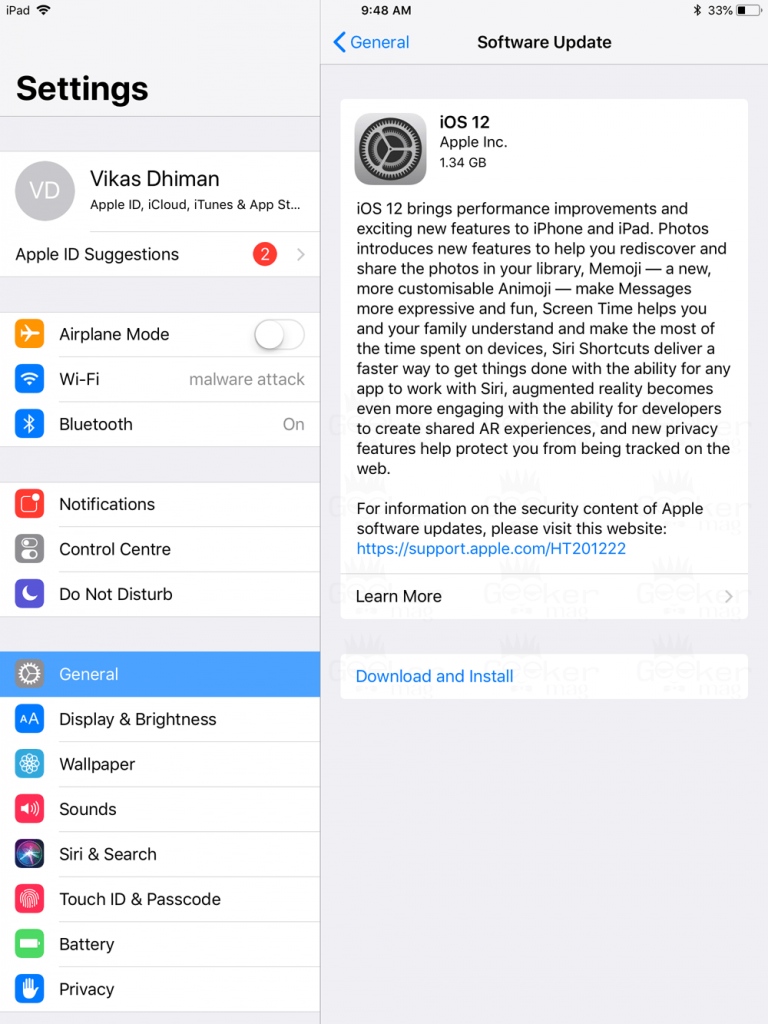 Once done, tap on the Install option to continue the upgrade process. The update process will complete with a quick reboot.

After that, set up your device and starting checking the latest features available in iOS 12.

Check out following Youtube video to find out more about iOS 12 new features:

These are some of the highlights of iOS 12, but it’s not the end there are lots of other features which you will discover when you start using the device running iOS 12.

What are your thoughts about the new iOS 12 update? What the features which you liked and disliked? Find this blog post on how to install iOS 12 on iPhone and iPad useful? Let me know your thoughts in the comments.