If you’re one out of the Windows 10 user, who wants to know “Is the Windows 10 Driver Optimizer a legit download? I recommend you must check this post for a detailed explanation. 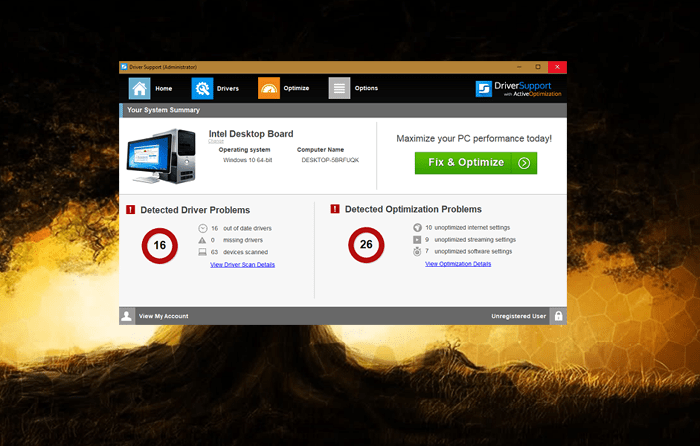 Windows 10 Driver Optimizer is a program that identifies various issues with your computer and tries to resolve these problems via driver matching technology and support. The function of this program is to improve the PC performance.

Lots of users have downloaded this application on their Windows 10 PCs either from a direct link or as recommended by the browsers. While other saying that they received a pop-up from Windows telling you to install Windows 10 driver optimization.

At the time of installation of the tool, the Windows 10 find this tool to be useful. But after that majority of the users started complaining that tools is showing them various pop-ups many times in just one session. This is weird and irritating, and due to this reason, users want the way to stop these annoying pop-up. While other users want to know the way to Windows 10 Driver Optimizer. The remaining users want to know whether this tool is legitimate or not.

After checking about this Windows driver optimizer tool on various forums, I figure out that users have lots of questions regarding the tool in their minds. So to answer all their question I decided to write this post. In the post, you will read about everything you need to know about Windows 10 Driver Optimizer.

So without further delay why don’t you start reading about it:

The answer is No. I don’t know how users installed this driver optimizer tool on their PC. Even I’m personally running Windows 10 Pro edition but didn’t received any pop-up forcing me to download it on my PC.

2. What Exactly is Windows 10 Driver Optimizer?

It is a driver optimizer tool available for Windows 10 and other Windows operating systems.

3. Who Developed this tool?

Lots of users think that is preinstalled application of Windows 10 and is developed by Microsoft. But the truth is that tool is developed Driver Support, the Microsoft Gold-Certified partners. You can read about it here.

4. What happens when you run Windows 10 Driver Optimizer?

When you run the tool it starts scanning the system and shows you details about latest driver updates and possible optimization problems accompanied with Fix & Optimize button like shown in the following screenshot: 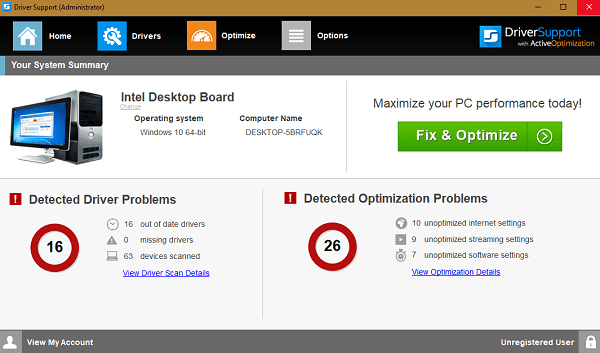 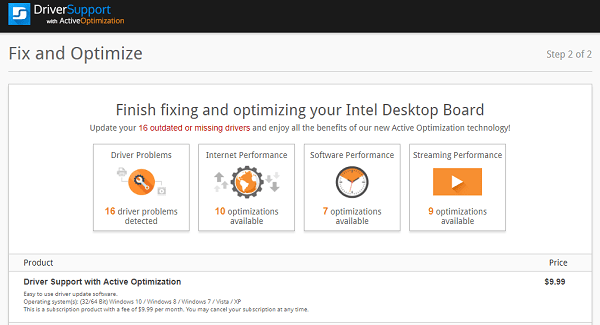 Windows 10 Driver Optimizer is the premium driver optimizer tool. At first, when users run the tool it scans all the issues for free, but when users try to fix the problem annoying pop-ups force users to purchase the tool. Due to this reason other users also calling it a Malware and Adware.

Lots of users were complaining that after installing this program on the system, they are not able to uninstall. This is the another reason why people are calling it malware. In case, you want to uninstall it from the system, then here is what you need to do:

First of all, disconnect your computer from an internet connection.

Settings -> Apps -> Apps & Uninstall. Here on the right side look for the app and uninstall it just like you uninstall other apps.

Final Verdict: If you really want to optimize Windows 10 driver, then avoid using it. It is not a free tool and cost around $9.99. You can try DriverPack Solution. The is available for free and don’t show you any annoying pop-ups.

I hope you find everything you need to know about Windows 10 Driver Optimizer. Still, if you have any query, please let me know in the comments.

5 Must-Have Security Features On Your PC

Is Microsoft Windows a Good Platform for Developing Software