There are lots of screen capture apps available on the internet which users can use to take a screenshot of the tweets. But in this post, you’re going to read about something which is easy to use, handy and offer you the exciting way to screenshot tweets.

How to Take Screenshot of Tweets with Twitter Bot

Screenshot Guru is a Twitter bot that let you get a beautiful and crisp screenshot of tweets in high resolutions. Here’s how you can use ScreenshotGuru bot 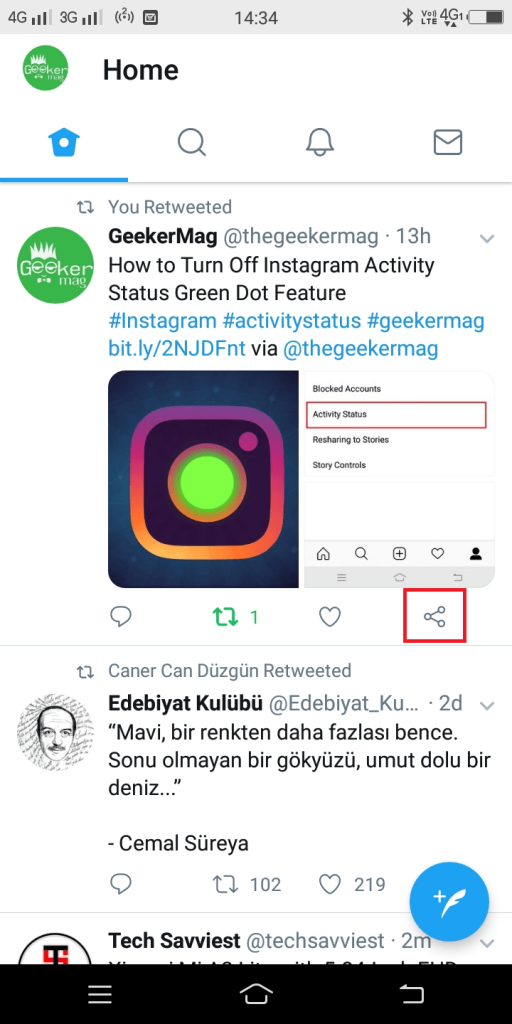 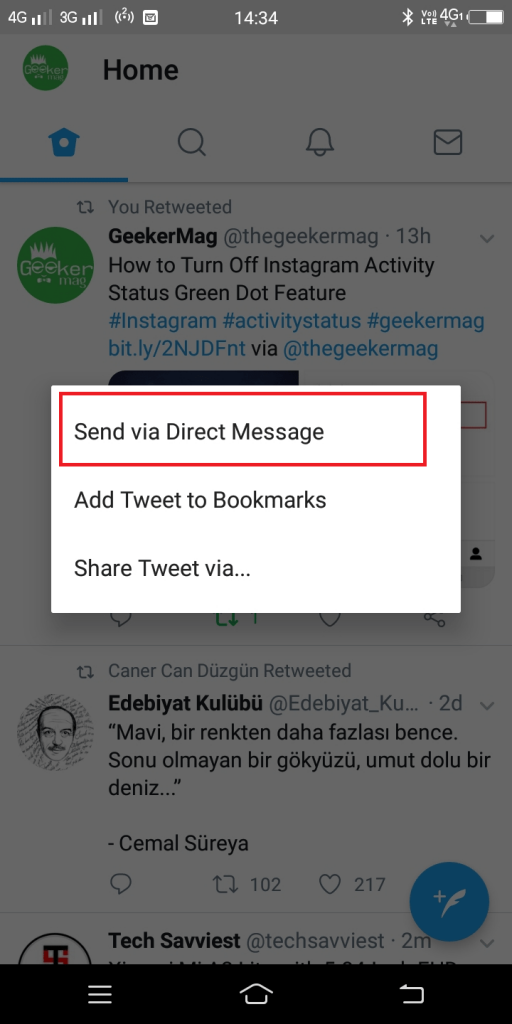 The dialog box will open up; you need to tap on Send via Direct Message.

In case, you want to take a screenshot of tweets tweeted by you, then tap on More (Down arrow) and from dialog box select Send via Direct message. 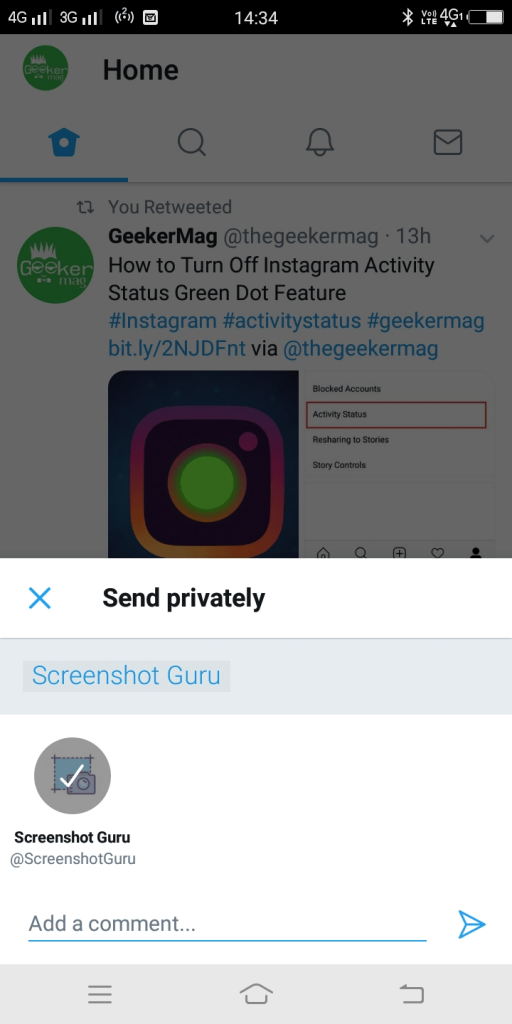 3. A new dialog will come up from the bottom. Here in the search bar type ScreenshotGuru. Once it appears in the search result, tap on it to select the account, and then tap on the Send icon.

This will send a message to a Twitter bot that you want a screenshot of this tweet.

4. Now head over to the Twitter Direct Message section. For that, you need to tap on the Mailbox icon available on the upper right corner. 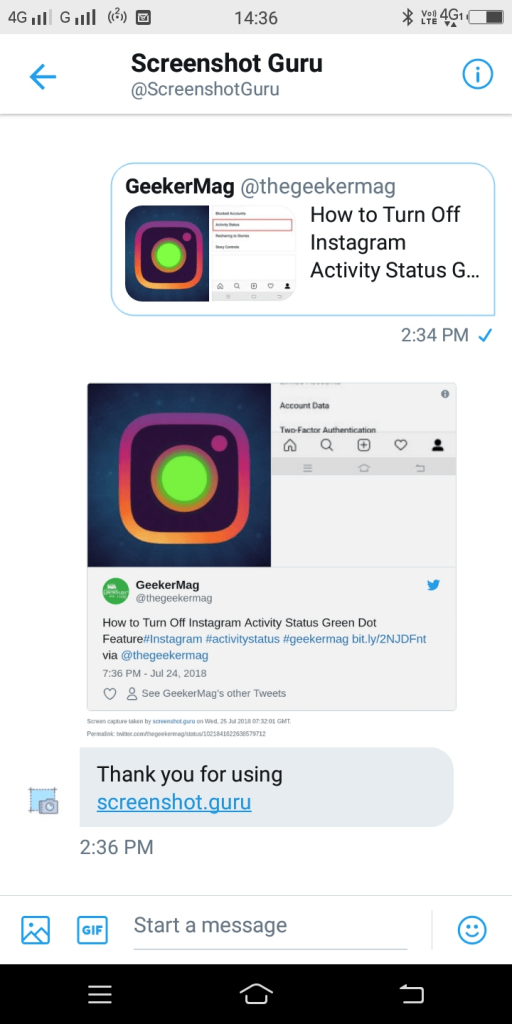 Here you will find out that, you have received the screenshot of the same tweet you asked for accompanied by the message, i.e., Thank you for using screenshot.guru.

The process is similar, but in the case of Twitter for the web, you need to click Direct Message icon available on the bottom of the screen. 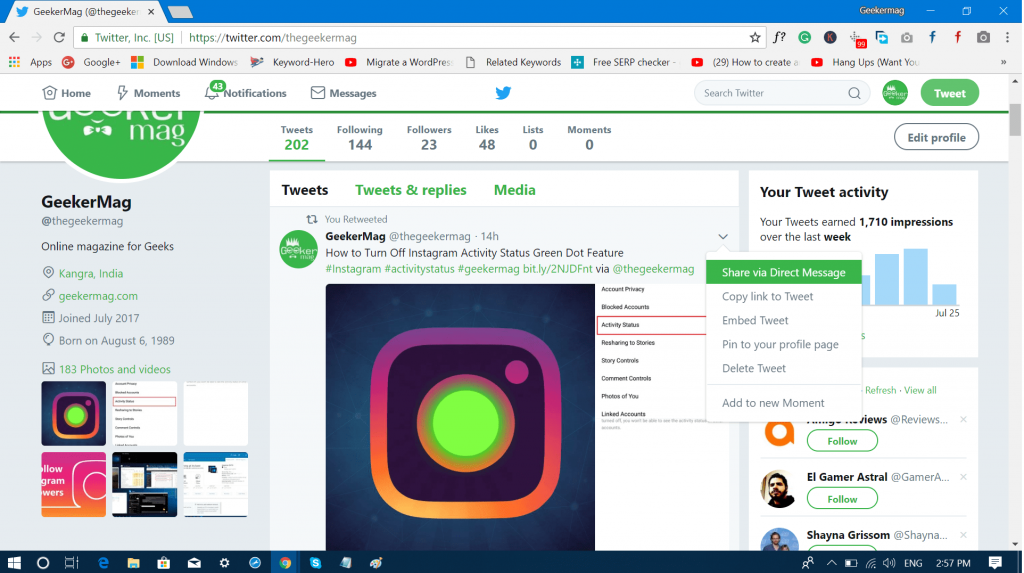 In the dialog box, you need to search for ScreenshotGuru. When it appears it in the search result, click on the Next. 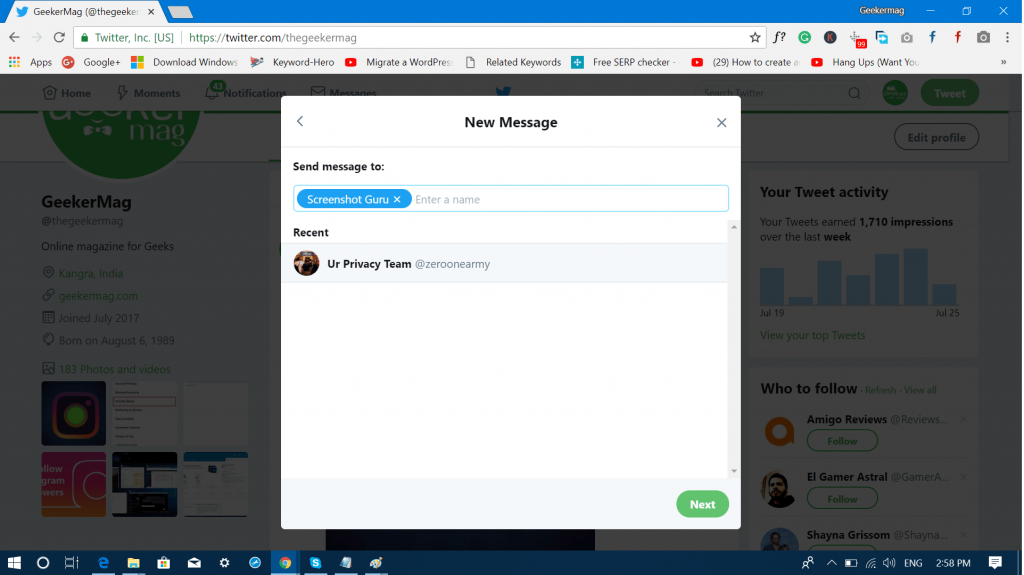 Here, on this screen without touching anything, click on the Send button. 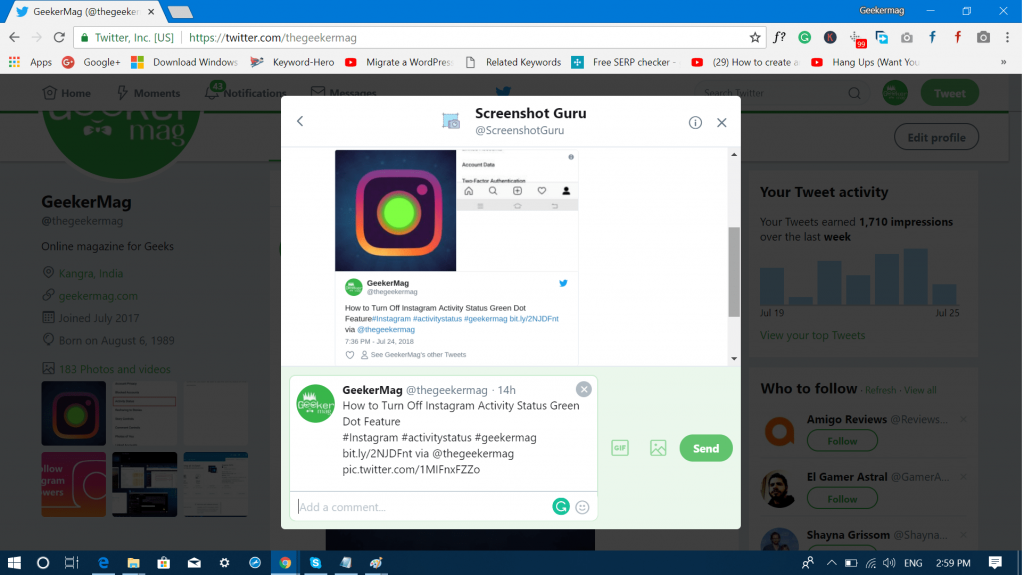 Wait for a few seconds. You will receive a high-quality screenshot of the tweet in the inbox.

ScreenshotGuru is not just a Twitter bot. It also has a web app and a Chrome extension.

Web App – To use it, visit screenshot.guru, here in the space provide, you need to enter the tweet URL, fill the captcha and click on Screen Capture button. 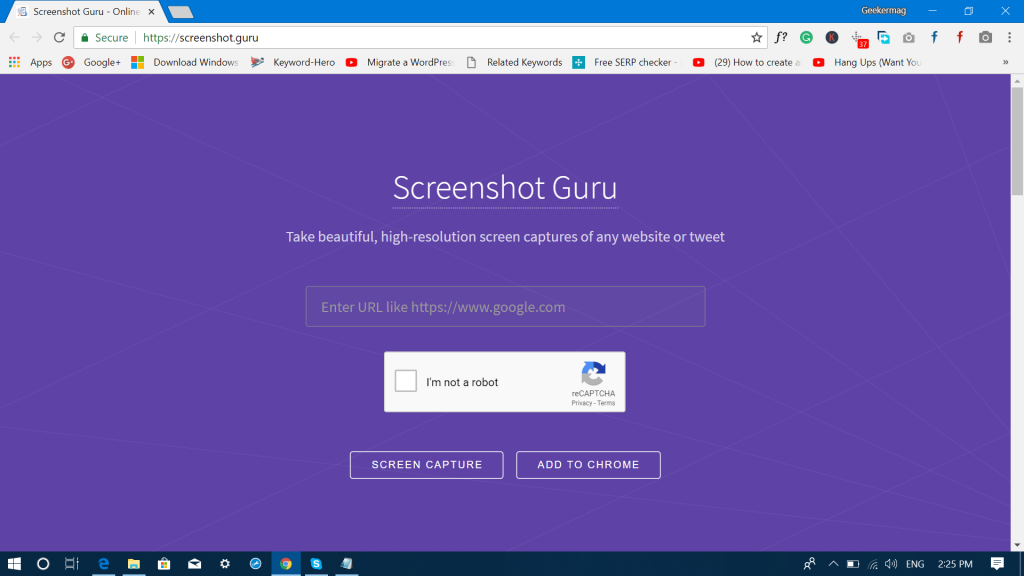 Chrome Extension – Install Twitter Screenshot extension on your chrome browser. Once done, you will start seeing a Camera icon at the bottom of every tweet. Click on it to take the screenshot. It will instantly redirect you to screenshot.guru site where you will find the tweet screenshot.

What are your thoughts about ScreenshotGuru? Did you find it useful? Are you going to take a screenshot of tweets with this Twitter Bot? Let me know all the things in the comments.