How to Cancel iPhone Update While Downloading

Looking for a way on how to stop iPhone update in progress? It is super easy to do. The blog post has step-by-step instructions on how to do that. 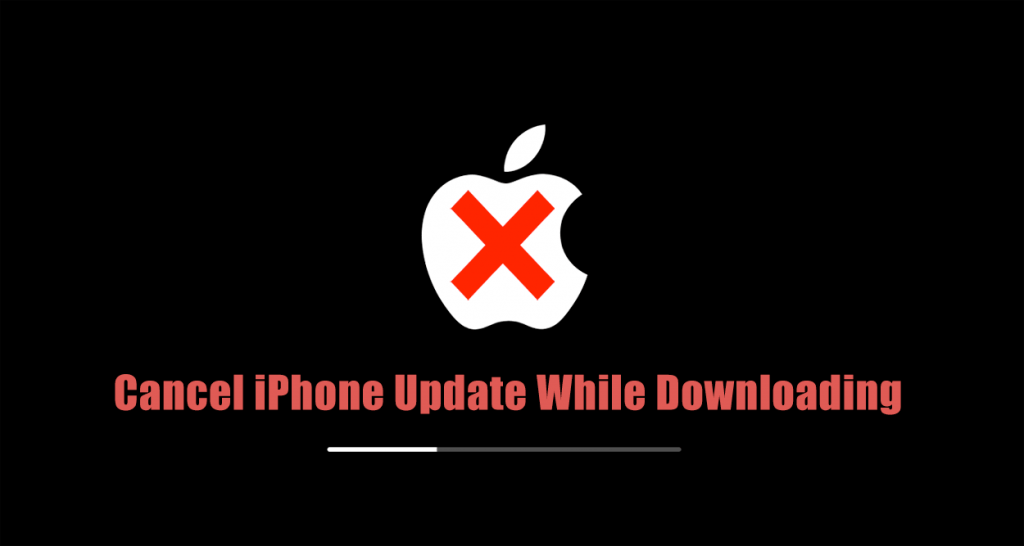 Just like any other OEM, Apple also rolls iOS update for iPhone Over-The-Air or connect your phone to computer and use iTunes to download and install the latest update. The company will push the next major update, i.e., iOS 12 in the upcoming days. These major iOS updates are large as compared to other updates.

Sometimes you’re in a situation when you want to cancel iPhone update in progress. It is because:

Different users might have various reasons for doing this.

If you made up so far, then the chances are high that you’re one who wants to learn the way on how to stop iOS update in progress.

How to Stop iPhone Update in Progress

Fortunately, it is possible to stop iPhone update once started. Here’s what you need to do to cancel iPhone update:

Note: The steps discussed below also apply for iPad.

But before that, check if you have already started downloading the iOS update or not. If the phone only detected the latest update, but not begin downloading it yet, then there is nothing to worry about. To check this:

If the iPhone has started downloading the update, then only you need to cancel it.

1. On your iPhone, tap on the Settings.

2. Next tap on General -> iPhone Storage.

This will take few seconds and present you the list of the applications installed on your phone. The list is ordered by the how much storage the particular app is consuming.

Here, look for the iOS entry, in case its iOS 12, you will find somewhere at the top. 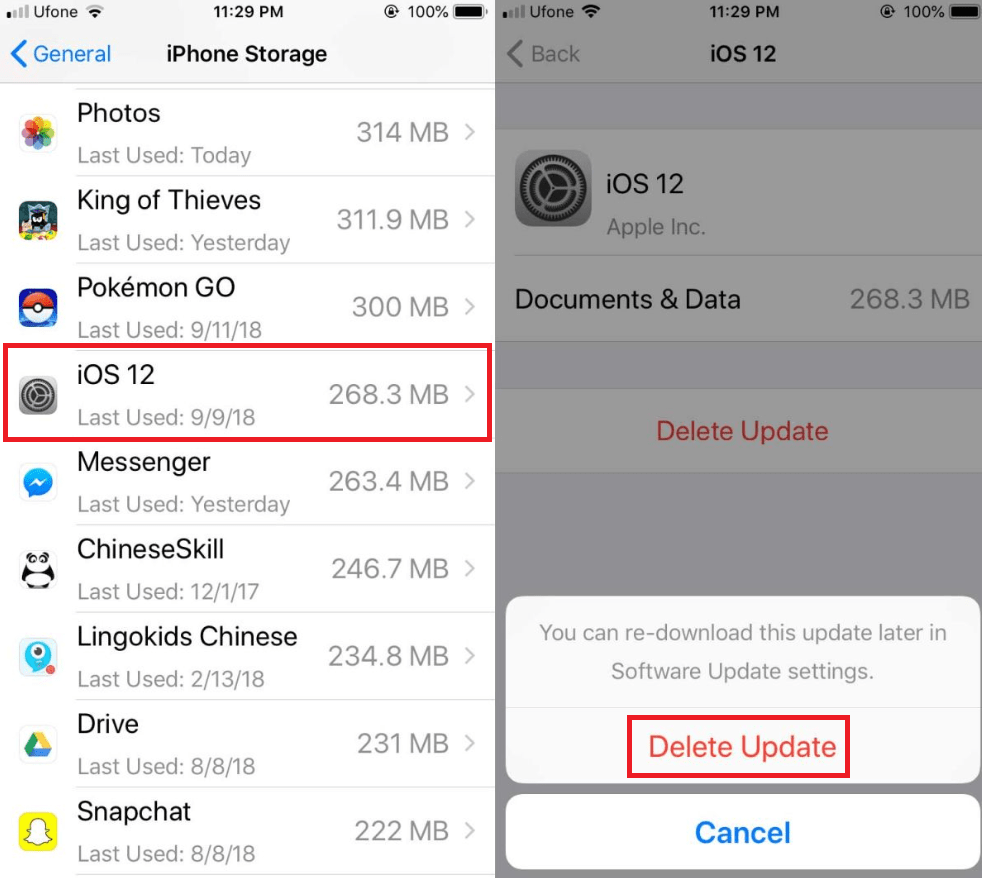 3. Tap on the iOS entry in the list and then press the Delete Update button. As the iPhone update is in progress, you will get the on-screen message which reads download failed or related.

Currently, most of the iPhone running iOS 11 and you know that it will automatically detect the update and maybe start downloading in the background.

Starting with iOS 12 update, there is an option to pause automatic iOS update. To enjoy the functionality, you need to wait for the iOS 12 update to hit your phone.

Usually, the iOS update is around 3 to 4 GB in size. The firmware update process will take time depending on how stable and faster internet connection you have.

Find this blog post on how to stop iPhone update in progress useful? Let me know your thoughts in the comments.

How To Enable Hibernate In Windows 11 Start Menu

How to Completely Remove & Uninstall Widgets in Windows 11 – Permanently

Play Android Games in Your PC Browser With BlueStacks X

How to Disable New Chirp Font in Twitter (Web | Android)